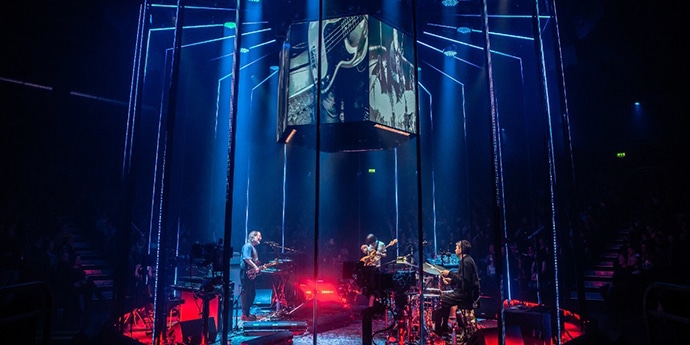 Deezer, the global music streaming service, has announced an exciting new chapter for Driift, a leading UK-based livestreaming business. Driift is acquiring Dreamstage and will be further strengthened by an additional £4M investment from Deezer. The acquisition combines Driift’s award-winning production capabilities with Dreamstage’s best-in-class technology and commerce platform.

The combined business will continue under the Driift name as an independent entity, run by CEO Ric Salmon and COO Claire Mas. With a total investment from Deezer of around $7M this year, Driift has secured enough funds to execute its business plan and accelerate growth.

Jeronimo Folgueira, CEO of Deezer said, “As the home of music, this is a milestone moment for Deezer. Connecting artists and fans through engaging experiences are essential to our growth strategy. Adding livestreaming capabilities to our portfolio is key to delivering on this ambition. Driift has already built an unparalleled reputation for bringing groundbreaking livestreams to music fans worldwide. We consider that the addition of Dreamstage’s tech and sales platform will take the business to the next level. We have full confidence in the Driift team to deliver fantastic results.”

Founded in August 2020 by Ric Salmon and Brian Message of ATC Management, Driift has delivered a succession of premium quality livestreamed events for some of the world’s most prominent artists and performers. It has collaborated with multiple creative and distribution partners, winning major awards, including a BAFTA for “Glastonbury Festival: Live at Worthy Farms,” produced in cooperation with BBC Studios.

In May 2022, Dreamstage provided the platform for Driift’s hugely successful global livestream for Little Mix from London’s O2 Arena, facilitating sales of over 85,000 tickets worldwide, showcasing solid synergies between businesses.

Ric Salmon, CEO Driift said, “This is an exciting new chapter for Driift. Over the past two years, we have become genuine pioneers in the livestreaming space. We’ve collaborated with certain of the world’s most talented artists, filmmakers, and creators to deliver online events that have been part of the latest redefinition of the livestreaming format. Our team has shown a proven ability to innovate, selling hundreds of thousands of tickets and generating millions of dollars in revenues already”.

“Through Deezer’s investment, we are confident that our upward trajectory will accelerate. We are delighted to welcome Dreamstage’s hugely talented team of developers, engineers, and customer service personnel into the company. We can now offer a fully integrated livestreaming solution to our partners, with production, promotion, and what we see as a market-leading technology and revenue-generating platform under one roof. It is a major cultural shift, and we look forward to bringing an even greater range of live experiences to truly global audiences.”

The transaction reinforces Deezer’s commitment to the fast-growing music livestreaming market, which shows continued growth in audience numbers and an apparent willingness to pay for quality content and add-ons such as merchandising and virtual meet-and-greets. Virtual concert ticket sales are expected to generate up to $2 billion worldwide in 2022 and up to around $5 billion annually by 2028, strengthening Deezer’s positioning.

After completing the transaction, Deezer will fully consolidate Driift’s results of operations and its balance sheet.