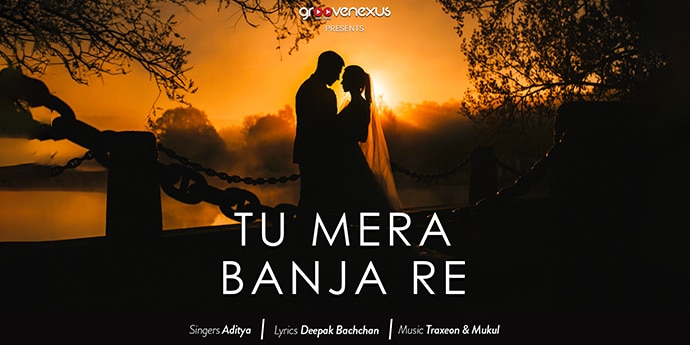 Tu Mera Banja Re, released on 28th May 2022 exclusively on GrooveNexus Records, GrooveNexus’ official YouTube channel is a one-of-its-kind love song. Having gathered more than 30K views within the first few days of release, the masterpiece is all set to become the biggest romantic hit of the year!

Featuring Siddharth Singh and Yashika Chauhan, the song has been written by Deepak Bachchan and composed by Traxeon and Mukul. The flute has been played by Shubham Prasanna and the voice behind it is of a budding new artist Aditya Kumar.

The song depicts the story of a guy who falls in love and just cannot stop fantasizing about the girl of his dreams. He falls harder with every glance and hopes that she falls in love with him too.

The track creates a soothing vibe which hits you like a cool breeze on a hot sunny day. The singer, Aditya, who debuted with ‘Tu Mera Banja Re’ tells us that he feels immensely grateful and happy to have gotten a chance to showcase his talent to the world with the support of GrooveNexus. He says, “It was a great first experience to be recording a song in a professional music studio with professional music composers.”

Tu Mera Banja released globally on 28th May 2022 is now available on all music streaming platforms.