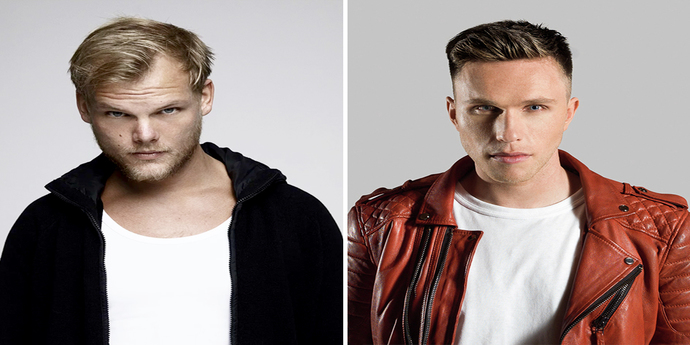 We all know Avicii had retired and had been working lately on a lot of new unreleased music. But, he died before he could devote himself to those tracks.
Fans are curious and excited to know about the future of Avicii’s unfinished tracks, which were to release before the tragic incident. In a recent interview at Ultra Singapore, Nicky Romero was asked about the future of Avicii’s music. It happened soon after he played his collaboration with Coldplay, Chris Martin “Heaven” at Kingsland festival which is celebrated in Holland and again at Ultra Singapore.

One apparent reason for him playing the record was to pay his friend respect. Could another reason be a sign of releasing the unfinished project soon? Nicky clears the air by saying,

” I do have two folders full of, like, Avicii songs that I’m supposed to work on. There are people who approach me if I want to work on those songs, and if I want, maybe, to put them out with them. I don’t know if it morally feels right to me to work on songs that the original composer has not approved. I know that Avicii was really a perfectionist, and I kind of feel bad if I put something out not knowing if he wants to put it out. So that’s kind of what holds me back out of respect for him.”

Nicky’s immense respect for Avicii is visible in his answer, as a person as well as an artist. The whole decision is in Nicky’s own hands. But you know by now that he is going to proceed with the incredible respect he holds for the late artist.

Watch below his tribute to Avicii at Tomorrowland.