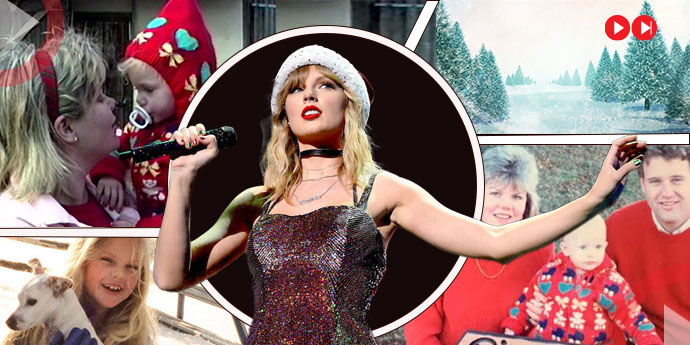 Get ready for Christmas creep with a new version of Taylor Swift’s “Christmas Tree Farm.” The latest version of the song was recorded alongside an orchestra at London’s famous Abbey Road Studios, and sees strings and horns pepper the track, making it a grander affair than the original.

Inspired by her youth growing up on a Christmas tree farm in Pennsylvania, Swift wrote “Christmas Tree Farm” while celebrating with family over the holidays in 2019. Joined by a 70-piece orchestra at Abbey Road Studios, Swift’s new recording features strings, horns, and sleigh bells, reminiscent of classic, big band Christmas songs by the greats before her.

Speaking of the new version, Swift said: “This new version is amazing because it feels like it’s that more… sort of laidback Christmas feels of doing all your shopping and relaxing by a fire. Y’know, it’s a little bit more of that old-school Christmas song feel.” It is a cheery uptempo pop song driven by swing drums, lush orchestral arrangements, choir harmonies, and lyrics on childhood memories of Christmas.