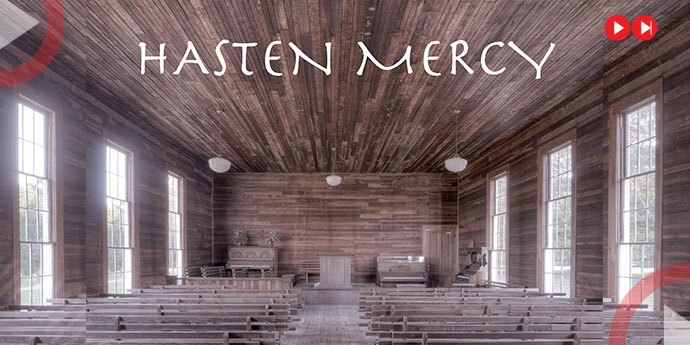 The EP ‘Hasten Mercy’ features three tracks: “Star You Are,” “These Things” and “I Break Everything” by Head Fake’s Michael Baker. Released under Global Heist Recordings/Neurodisc Records, it is a well-produced project which reminds of 1980’s synth-pop with country lyric-driven melodies.

A lot of folks have been talking about ‘Hasten Mercy’ and how it is inspired by the question of whether Michael Baker could restore his musical energy after years of pursuing a more traveled path. The EP highlights the musical influences that shaped Michael’s lyric-driven melodies. Using retro synths and modern tools, ‘Hasten Mercy’ gives the audience something new and soothing to hear.

Raised in Toronto, Michael Baker grew up listening to various kinds of music including an eclectic array of music by Hank Williams, Loretta Lynn, the Beatles, Bob Marley, Led Zeppelin, the Smiths, and Depeche Mode. Confused about his career in music, Michael ignored the advice of his musical mentors and headed off to law school in New York City. With a family and 18-hour workdays, he never forgot about his music. He would sing for his young daughters to sleep and spend time in his home studio to live through his music again.

‘Hasten Mercy’ calls attention to the influences of the ’80s like “The Smiths and Stone Roses” without changing the core of his origin. All the tracks in the album are composed and written by Michael. All of them are phenomenal in their own way. Baker has made the best use of his musical skills by blending 80s pop music with country lyric-driven melodies that will make the audience fall in love with ‘Hasten Mercy’.

Talking about his first track in the album, ‘Star You Are’ is an inspirational track which encourages listeners to face their deepest fears and follow their dreams. It is a soothing and heart-touching song with motivating lyrics that will lift you up. “These Things” is a slower song and you will feel that you’re sinking into a drone piece just before the beat really begins to take shape. You’ve got to credit ‘Hasten Mercy’ for creating such a masterpiece with the soft voice surrounded with subdued chaos and instrumental music.  After listening to “I Break Everything”, listeners will feel melodic vibes with a piano lead and soft programmed drums.

You can stream it here: https://open.spotify.com/album/4nkbEpR3iRooqn4LUlfheJ