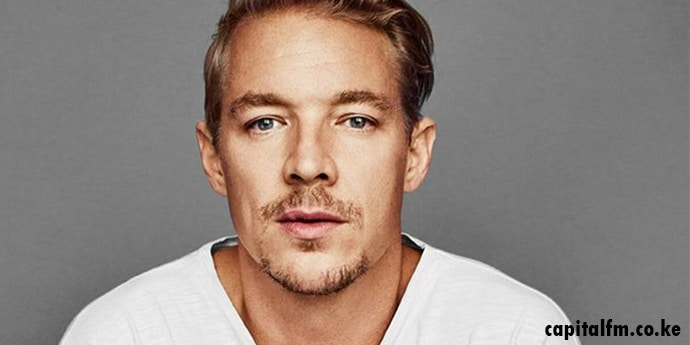 In the last few years, Diplo (full name: Thomas Wesley Pentz) has steadily risen to fame as one of the most talented and dynamic musicians in the American music industry. The DJ, record producer and songwriter first rose to fame with his mixtapes and soon enough he became known as the master of EDM in the Philadelphia clubs. Diplo co-created and led Major Lazer, formed a supergroup with the artists Labrinth and Sia that was called LSD, formed an electronic duo called Jack Ü with the producer and DJ Skrillex, and is also in Silk City along with Mark Ronson. Besides founding record company Mad Decent and managing it, he co-founded the non-profit organisation Heaps Decent as well. Diplo’s Where Are Ü Now was a huge hit. Lean On and Cold Water are some of the other famous DJ Diplo songs. Diplo’s DJ Ranking according to official dj-rankings.com is 11. Diplo’s concerts are also quite famous.

DJ Diplo, was born in Tupelo, Mississippi. He spent much of his youth in South Florida, despite living in several other Southern cities. With the hope of becoming a palaeontologist, he spent his childhood working in the bait shop of his father. As it turned out, he ended up pursuing a film education degree and finishing his undergrad at Temple University in Philadelphia in 2003. To escape the daily grind of American life, Pentz temporarily moved to Japan before moving to Philadelphia. His demo tape of his beats was sent to UK independent hip-hop label Big Dada Records founder Will Ashon. Once the label signed him on, he moved to Philadelphia.

Pentz found employment in Philadelphia during and after he graduated from Temple. Among those jobs were social workers, after-school mentors, movie theatre employees, and part time DJs. The frustration was hindering his musical growth, and he was barely able to pay the rent. Having teamed up with DJ Low Budget, Diplo started his own club nights, dubbed Hollertronix, in Philadelphia. An underground subculture developed around the fun night of genre-bending dance music, attracting people from all over the East Coast. The Never Scared mixtape was released under the Hollertronix moniker, and it was included among the NY Times’ top albums of 2003.

DJ Diplo’s solo debut album, Florida, was released by Big Dada the following year. He then released Piracy Funds Terrorism, Vol 1 in 2004 and founded Mad Decent Records in 2005. Major Lazer (created with DJ Switch) released the debut album Guns Don’t Kill People… Lazers Do in 2009, the same year Diplo released his first compilation of remixes, Decent Work for Decent Pay. The unmixed collection Blow Your Head: Diplo Presents Dubstep was released by Mad Decent in 2010 as part of this series. In 2011, DJ Diplo released the reggae-infused mix CD Riddimentary. In 2012, he released an EP titled Express Yourself, and in 2013, he produced songs like Alex Care’s “Too Close” and Usher’s “Climax”. In 2014, Diplo released a compilation titled Random White Dude Be Everywhere.

DJ Diplo was a co-producer on Madonna’s 2015 album Rebel Heart and co-produced Skrillex and Diplo’s 2015 album Skrillex and Diplo Present Jack Ü. “Where Are Ü Now,” the Jack Ü-Justin Bieber collaboration was a Grammy winner. In the same year, Major Lazer released Peace Is the Mission. The Know No Better EP released in 2017. “Imperfections,” “Swerve,” and “Get It Right” were some of the singles released by Diplo that year. The latter track appeared on Diplo’s 2018 California EP. The following year, he formed Silk City with Mark Ronson. They won a Grammy in 2019 for Best Dance Recording, thanks to their collaboration with Dua Lipa, “Electricity.” Labrinth, Sia, and Diplo released LSD in April 2019, followed by his Higher Ground EP in May. During that same year, DJ Diplo released several country-tinged singles. This collection of songs appeared on Chapter 1: Snake Oil, an album released in May that debuted at 50 on the Billboard 200. In the same year, Diplo released his first ambient album, MMXX. He crafted a hit with Japanese singer Joji, “Daylight,” while also scoring a hit with Paul Woolford’s collaboration, “Looking for Me.” Additionally, he released an EP in 2021 called Do You Dance? and a self-titled album in 2022.