Travis Barker returns to the stage after hospitalization 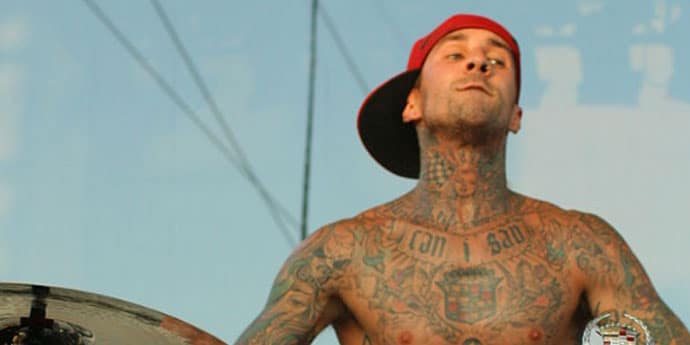 Travis Barker made a sensational comeback to the stage after recovering from pancreatitis, for which he was hospitalized last month. Travis Barker enthralled the crowd during Machine Gun Kelly’s show at the Kia Forum in Los Angeles earlier this week.

“There’s a person I grew up idolizing that I became friends with, and he believed in me. And never more have I wanted to jam to a song he and I created. LA’s own Travis Barker, make some noise for him tonight,” Machine Gun Kelly introduced his Barker.

Barker suffered an inflammation of the pancreas in June but has recovered from his health scare.

“You know, a fun fact is that Travis is not supposed to be playing drums right now but guess what he’s doing here? Playing drums right now! Trav, I know we agreed to one song, but I would be remissed (sic) if I did not ask you to play ‘one more song,'” Kelly told the audience.

According to Page Six, Barker’s wife, Kourtney Kardashian, watched his performance from the crowd alongside Kelly’s fiancée Megan Fox.

The Blink-182 rocker performed Title Track from MGK’s Tickets To My Downfall album before performing Bloody Valentine at Kelly’s request.

Kelly and Barker have been frequent on-stage collaborators.