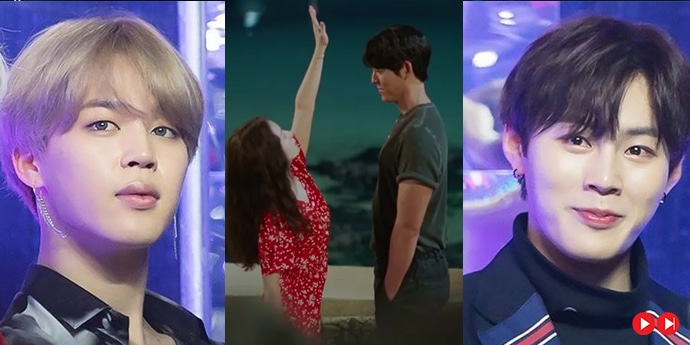 The release date for the Original Sound Track (OST) of the K-drama Our Blues sung by BTS member Jimin and his friend Ha Sung-Woon has been preponed by a day and will release on April 24, 2022. It has now been revealed that Jimin and Ha Sung-Woon, a former HOTSHOT and Wanna One member, will perform a duet in the OST.

“The OST for the tvN Saturday-Sunday drama Our Blues, in which BTS Jimin and Ha Sung-Woon participated in singing, will be released at 11 pm on the 24th,” Yum Nyam Entertainment, producer of the Our Blues OST, told Naver.

Jimin has joined his other BTS mates by making his singing debut for a K-drama series. V sang Christmas Tree for SBS’s Our Beloved Summer, while Jin released the song Yours for tvN’s Jirisan in the past.

“After looking among numerous songs that would suit Jimin’s and Ha Sung Woon’s voices and Our Blues, we were able to finish recording a song that greatly suits the drama,” Producer Song Dong Woon was quoted as saying by Soompi.