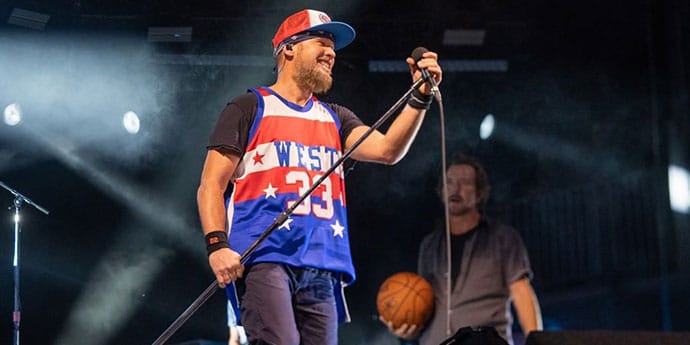 Pearl Jam will not be performing in Amsterdam as Eddie Vedder struggles with his voice problem. The rock band has now called off two successive shows due to Eddie Vedder’s medical conditions. Last week, it canceled its concert in Vienna, Austria.

“Despite continuous medical treatment, Ed is regretfully still without a voice and unable to perform tonight’s show at Ziggo Dome in Amsterdam,” they said in a statement.

“This is again the worst possible scenario for the band. We wholeheartedly apologize to all that worked so hard to put on the show and those supporters we looked forward to seeing,” the statement further read.

However, Pearl Jam remains hopeful of performing in Amsterdam in the band’s second concert.

“Thank you enormously for your continued understanding. All of our energies will now be focused on having a show tomorrow,” the release added.

Singer Vedder damaged his vocal cords during a performance in Lollapalooza, Paris, earlier this month.

“To all those who were anticipating a great Pearl Jam show tonight in Vienna, we were too,” the band posted on social media, announcing the cancellation of the Vienna show.

“However, due to the extreme circumstances at the last outdoor site outside of Paris (heat, dust, and smoke from the fires), our singer Ed Vedder’s throat was left damaged. He has seen doctors and had treatment, but his vocal cords have not yet recovered. This is brutal news and horrible timing….for everyone involved. Those who work so hard to put on the shows and give their precious time and energies to attend….”

After Amsterdam, Pearl Jam will next perform at the Videotron Centre in Quebec City, Canada, on September 1.