KENDRICK LAMAR BECOMES TOP SEARCHED MUSICIAN IN THE US 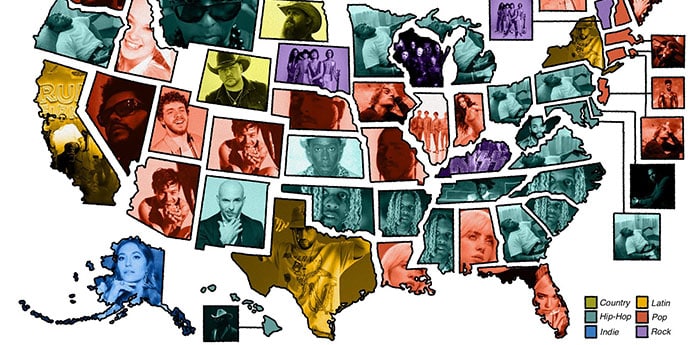 Market intelligence and search startup My Telescope announced new data highlighting the top music artists performing concerts in 2022. Hip-Hop artists are tied with pop music as the dominant genre in the U.S., with rappers winning the top spot in 20 states. Grammy-winning artist Kendrick Lamar, whose latest album Mr. Morale and the Big Steppers dropped this year to critical acclaim, was the most famous artist in eight different states.

Other highlights from the research include:

The data highlights a state-by-state breakdown of the top artist or band, according to Google search volumes when users search for concert tickets. The artists are then ranked by Share of Search.

Share of Search is a marketing metric that measures a search term’s relative interest in a defined set of search terms. Research has shown a correlation between what we search for and an outcome and that Share of Search can often predict shifts in Share of Voice over time.

“Share of search is powerful in that it gives a more accurate measurement of consumer and business purchasing intent and demand,” said Rodrigo Graviz, CEO of My Telescope. “Data can be geo-fenced by state or country to reflect searching trends by geography accurately. When combined with specific keywords, Share of Search data can give valuable insights on what people are going to do, what they think, how they feel, and what they’re going to buy.”