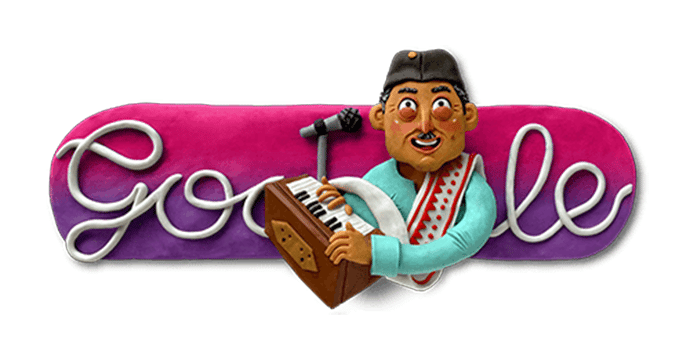 Google Doodle has paid tribute to renowned musician Dr. Bhupen Hazarika on his 96th birth anniversary. The legendary singer, popularly known as ‘Sudhakantha,’ worked in hundreds of films in his six-decade career.

Dr. Hazarika, who was born on September 8, 1926, in Assam, was a musician, singer, poet, filmmaker, and lyricist, recording his first song at the age of 10.

Hazarika grew up surrounded by songs and folk tales about life along the mighty Brahmaputra river. He completed his MA from Banaras Hindu University (BHU) in 1946 before leaving for New York to pursue a doctorate (Ph.D.) in Mass Communication from Columbia University in 1952.

He returned to India after five years and started singing at All India Radio in Guwahati.

Hazarika was honoured with the prestigious awards Sangeet Natak Akademi Award, the Dadasaheb Phalke Award, Padma Shri, and Padma Bhushan for his contribution to music and culture. In 2019, he was posthumously honoured with the Bharat Ratna, India’s highest civilian award.