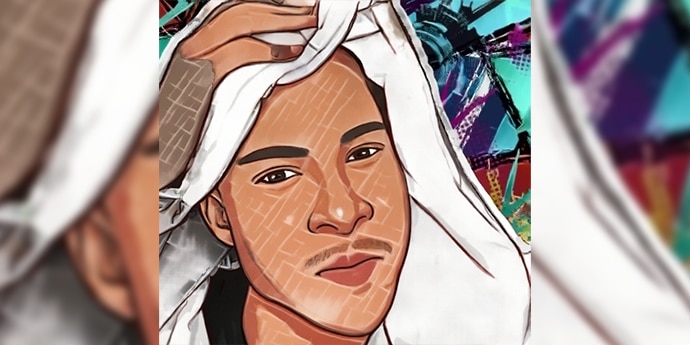 After gaining global success in the sync licensing world and pop culture as a whole, he is back with something that might change the world for us. On the 7th may Chris level announced that he will start to partner more with female creatives and female sync artists to help them advance their careers as well as give out his aid as much as possible in his area of professionalism to all-female personalities who are not represented as well as other artists in the sync licensing industry, and to my surprise, this announcement was made after his sister-cousin started her career in sync licensing back in April, some of the most popular questions that many of Chris’s fans started to ask themselves in online groups and feedback posts after he made the announcement were what is behind Chris level’s announcement for supporting women and how in the world will he do that at age 18?

I’m going to explain clearly to you why I think this announcement could start the era where feminism comes to an end and the era where equality has arisen for good plus why I think Chris level is one of those people that care about equality, how? stick with me.Chris level is not only a global sync artist and composer whose music was used in some of the coolest short films and projects backgrounds in the world and who won multiple awards but he is also now going to be a full-time supporter of women in the sync licensing industry too according to his recent online announcement. Chris level enjoyed a successful route in the sync licensing world where he was able to accumulate hundreds of placements in such a short period of 3 months at a shocking age of only 18, this enormous bump he received in his career helped him to get a platform where he can express what he feels is right and what he feels that needs to be changed in pop culture after continuously telling his fans multiple times in the past that his second wish apart from making soundtracks that inspire people’s moods was also to be the front voice of people who didn’t have a voice as he concluded how women are not taken seriously in his industry as well as any other entertainment industry too.

Well, after all, things that Chris level is doing for the entertainment biz are humongous and for me, I’m seeing a young guy working hard to bring and elevate anyone with the talent into the spotlight and this means a lot for those who try hard to get their feelings, opinions, and questions out there to the mass and get heard by people who can do something rather than sleep on them. When I was a writer at Dorian soundings blog, I used to get hit on by female artists who wanted to get featured and who had actual talent but because of lack of the support and lack of connections they ended up not getting the opportunities they would have got and for me as a beginner writer at that time I felt hurt so much so that I requested a new separate category on the blog that supports and features 100% female artists and creatives that have no support, and it proved a success as we were able to get many opportunities for them.

And here’s Chris level who is trying to implement the same tactic into the sync licensing world by partnering with more female creatives to elevate them one hundred percent based on raw talent. This whole idea of female empowerment is a bit dated for me but as I get more into the pop culture scene. I realize how people always keep their mouths shut when female empowerment is brought up and I thank Chris for this 1% movement from him to make the industry more balanced even if he is only 18 years old. And by that, I meant that it shocks me when someone as young as Chris becomes the one acting on a problem that adults must solve themselves. From global sync success and other perks associated with Chris and his work, I’m seeing his efforts paying off shortly as well as seeing other people in the entertainment industry making steps and not talking about it and leaving it undone. This is the ultimate reason I’m supporting Chris and always will as far as he doesn’t mature and start to misbehave. But for now, our hope is actually in him for the future of an equal world.

For my final reason, I’m going to highlight and explain briefly why Chris level thought of this in the first place, well firstly he stated once that he grew up in a poor environment where families were having problems constantly and where mothers and children didn’t have a word back in his homeland Rwanda, and although it changed massively in the past few years after he entered the sync licensing industry he again saw that type of issue. Secondly, its because sync licensing is such a low key industry for him that he said that he doesn’t see why problems like this happen in an industry as low key as this and that everyone must get encouraged to live a better life they struggle for, and this is why I’m a full believer in people who see through the noise and help others as Chris is doing, Chris is doing his best and at his young age, it’s a lot. I can’t wait until Chris matures and does something impactful to society and pop culture as well cause it will happen. Mark my words on this one so that you will come back to this article in the future and comment back thanking me.