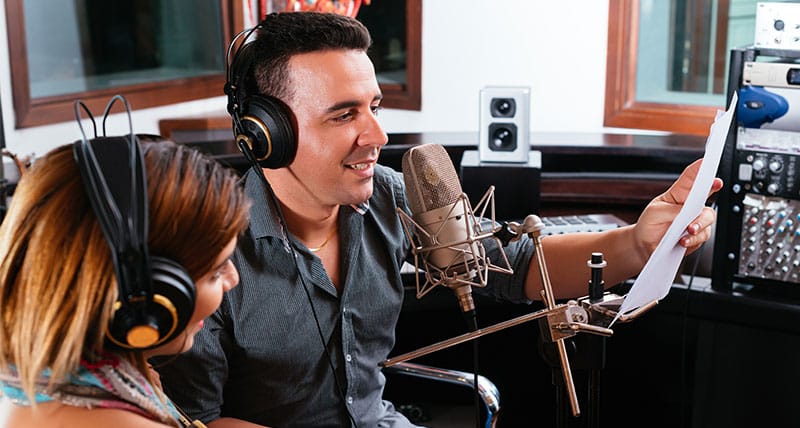 Pop music (US-style production) fusion with Latin music genres from Latin America and Spain is the genre Pop Latino (often referred to as Latin pop songs by the English-speaking masses). A Latin pop song combines elements of American pop music with upbeat Latin rhythms. Spanish speakers created the Latin pop genre, but it is now prevalent among Portuguese-speaking musicians (mainly Brazilian Portuguese) and Romance Creole speakers. In this article, we will talk about some of the best Latin pop songs. Let’s get started!

Here are the most popular Latin Pop Songs:

Kaoma’s “Lambada,” revolutionised dance in the late 80s, caught the American public’s attention in a way that hadn’t been seen since the Macarena. Although this song was a huge success, it was found (and sued) to have been plagiarising the Bolivian Andean group Los Kjarkas’ original composition “Llorando Se Fue.” Nevertheless, the song continued to impact, inspiring hit songs in Japan and Turkey.

A vital part of the rock en español explosion, Maná’s third studio album captures the vibrant energy and sound of the movement. With its dance-floor-friendly melodies and instantly recognizable hooks, “Oye Mi Amor” firmly established the band’s sound and reputation as one of the best Latin pop songs.

After leaving Menudo, Ricky Martin faced the challenge of retaining the band’s loyal yet ageing fans and securing a global audience. In 1995, Martin released his first of many international songs, “Mara,” followed by the English-language crossover of “Livin’ La Vida Loca,” which marked the defining moment of his career. Next up on our list of Latin pop songs is María (Pablo Flores Remix). This electronic ode to a problematic woman comes from Medio Vivir, his third studio album. It sold 5 million copies alone, earning diamond status in France and platinum status in several other countries.

4. Waiting For Tonight by Jennifer Lopez

Our Lady of the Bronx has rarely felt settled in the Latin pop songs market despite being a Latina who has made pop music for two decades. Lopez customised the English-language version of Maria Christensen’s “Waiting for Tonight” with a Latin house flavour that pays homage to the late Nineties Eurodance craze. It dominates dance charts worldwide and cracks the Billboard Hot 100’s Top Ten, paying tribute to the island sounds that raised her.

Amid a global boom for reggaeton, Daddy Yankee emerged as a star with one of the most popular Latin pop songs – Gasolina. The song launched Daddy Yankee to international stardom and introduced reggaeton to the world. Featured as the lead single from the Barrio Fino album in 2004, “Gasolina” crossed over to the US and Europe when reggaeton was gaining popularity. A new Latin pop explosion, however, was launched by this track, which accelerated reggaeton’s global momentum. “Gasolina” gives reggaeton all its sexiness with a dembow beat, raps that are brutal and explicit innuendo. This song, entirely in Spanish, has captivated non-Spanish speakers worldwide with its inescapable hook.

In addition to a Grammy nomination, the MTV Video Music Award for Best Choreography in a Video, and the Latin Billboard Award for Best Latin Song, “Hips Don’t Lie” was a worldbeat gem. A two-week run at Number One for Colombian pop empress Shakira’s English Latin pop song “Hips Don’t Lie” dominated the Billboard Hot 100 charts in 2006. At least 55 other countries have also ranked the song No. 1 on their pop charts.

Talking about top Latin pop songs, we can not mention Bailando. Enrique Iglesias’ 1998 English-language single “Bailamos” became his first of twenty #1 songs. He was subsequently named the King of Latin Pop by critics. It would be 14 years later when he would score a viral hit with Colombian artist Gente de Zona and Cuban artist Descemer Bueno called Bailando. YouTube’s official video reached over 1 billion views today, making it the 11th most watched video. “Bailando” climbed to Number 12 on the Hot 100 chart thanks mainly to the Sean Paul-assisted Spanglish remix – making it one of the few Spanish-language songs ever to do so. Flamenco, Latin, and Cuban-style reggaeton combine to make the song have global appeal.

This famous Latin pop song was the soundtrack to every bar mitzvah, wedding, and quinceanera in 2017. It is undeniable that Despacito by Puerto Rican crooner Luis Fonsi is the all-time Latin pop champion, along with reggaeton king Daddy Yankee. In addition to being one of the most streamed songs of all time, “Despacito” is the most viewed music video on YouTube, with Justin Bieber as the featured artist. Reggaeton meets Latin pop in this hybrid, which is predominantly in Spanish. The singer told Rolling Stone in May that he did not attempt to write a crossover record.

Cuban artists Pérez Prado and Benny Moré recorded Bonito y Sabroso, one of the most dynamic songs of the Golden Age. A syncopated Cuban swing is featured on this track, which was recorded with the Rafael de Paz Orchestra in Mexico City. Even though it features big band exoticism and booming Afro-Latin percussion, its legacy lies in Moré’s seductive tenor. It is one of the best Latin pop songs of all time.

We hope you enjoyed reading this list of popular Latin pop songs! Which ones do you like the most? Did we miss any? For more such content, keep reading on GrooveNexus.