Counting down the best Yo Yo Honey Singh Songs 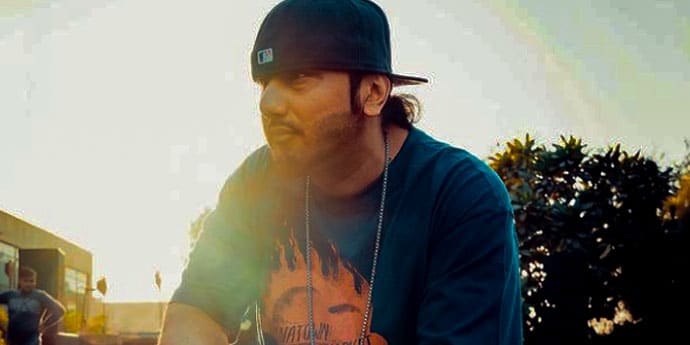 A musician, rapper, lyricist and actor, Hirdesh Singh is professionally known as Yo Yo Honey Singh. After starting out in 2003 as a session singer, he became a recording artist, music producer. With his new brand of catchy compositions, Yo Yo Honey Singh songs surprised everyone in the music industry. While he does have a lot of controversies surrounding him, his impact on music cannot be denied.

In 2012, the Punjabi rap ‘Brown Rang’ was released. It was the most trending YouTube song within a few weeks after it was released and topped the charts around the world. A music video for the song was released on 28 February 2012. The video became one of YouTube’s most trending videos of 2012. One of Yo Yo Honey Singh songs considered to be his best, Brown Rang currently has over 245 million views.

Shah Rukh Khan’s film ‘Chennai Express’ released in 2013 featured the Yo Yo Honey Singh song ‘Lungi Dance’. The song was a tribute to Rajinikanth, a famous actor popularly known as the Thalaivar. Shah Rukh Khan and Deepika Padukone dance to the tunes in a lungi in the video of the song. It has accumulated over 216 million views so far.

The famous blockbuster film Aashiqui (1990) had a song ‘Dheere Dheere Se’ which was partly adapted for the 2015 song ‘Dheere Dheere’. There is a little rap in between this Yo Yo Honey Singh song, and it’s mostly a slow melody meant to be romantic. In 4 days after its release, the video for ‘Dheere Dheere’ which features Hrithik Roshan and Sonam Kapoor had crossed 5 million views on YouTube, and it has attracted more than 531 million views ever since.

One of the best Yo Yo Honey Singh songs, ‘Blue Eyes’ became an instant hit among the youth with its release in the second half of 2013 and quickly took the nation by storm. Over 518 million views have been accrued to this song, which Honey even wrote. While the lyrics aren’t anything to praise, it does have a catchy tune that led to its popularity.

With the release of his album ‘Desi Kalakaar’ in 2014, Yo Yo Honey Singh expanded his already well-established fan base. The song Love Dose is from this album. Shot in London, it has been viewed over 417 million times on YouTube. Also featured in the song’s video is Urvashi Rautela.

‘Chaar Botal Vodka’, composed by Yo Yo Honey Singh, features the actress Sunny Leone in the song’s video. An instant hit, the club number made its way to the top of the charts. 186 million views have been garnered by the song video since 2014, and it is still played in nightclubs around the world.

For the film Yaariyan, Yo Yo Honey Singh composed, wrote, and performed the day party song ‘Sunny Sunny’ with Neha Kakker. Since its release in 2013, the song has garnered over 262 million views. It was filmed in Cape Town, South Africa and features Rakul Preet Singh.

The title track of Honey Singh’s album Desi Kalakaar is this song of the same name. Featuring Bollywood actress Sonakshi Sinha, Honey Singh himself, and Gulshan Grover, the video was filmed in various locations such as Los Angeles, California and Palmdale. It has been viewed over 123 million times today and has made headlines.

One of the top chartbuster songs of 2014 was ‘Yaar Naa Miley’ from Salman Khan’s blockbuster ‘Kick’, which featured Nargis Fakhri and Salman Khan performing together in the video. Over 110 million people have viewed this Honey Singh song sung by him and Jasmine Sandlas.

Jaz Dhami’s song High Heels featuring a rap section by Honey Singh was released in 2012 and was a major hit. It was remade for the Bollywood film Ki & Ka. In the ‘Ki & Ka’ song ‘High Heels Te Nachche’, Yo Yo Honey Singh showed off his rapping skills alongside Kareena Kapoor Khan and Arjun Kapoor. Across YouTube, the song has received more than 189 million views since it was released in 2016. Jaz Dhami and Aditi Singh Sharma sang the song with Meet Bros.

Party All Night from the movie Boss features Akshay Kumar in the lead and is considered to be the party anthem of 2013. It became very popular because of its energetic beats, and it is still played in many Indian clubs today. Yo Yo Honey Singh composed and sang the song, while Sahil Kaushal wrote the lyrics.

The song Glassy is sung by Yo Yo Honey Singh and Ashok Mastie. Under Zee Music Company’s label, this song was a chartbuster and has over millions views as of now. It was also remixed and released in the Bollywood film Jabariya Jodi and was called ‘Khadke Glassy’.

Another one of Yo Yo Honey Singh’s songs from his charbusting album ‘International Villager’, Gabru was released in 2011 and sung by J Star and Honey Singh. This collaboration was a famous one and the song was instantly popular amongst the masses. It was remade for the Bollywood film Shubh Mangal Zyada Savdhaan which starred Ayushman Khurana and was called ‘Pyar Tenu Karda Gabru’.

The Honey Singh song Angreji Beat came out in 2011 and was sung by Gippy Grewal with rap from Honey Singh. It was part of Honey Singh’s famous album ‘International Villager’. The lyrics for Angreji Beat were penned down by Veet Baljit and its video features the duo dancing on the song. As of now it has over 100 million views on Youtube and is a classic song played at weddings/parties.

“Birthday Bash” is another popular one of Honey Singh’s songs that comes from the Bollywood film “Dilliwali Zaalim Girlfriend” starring Prachi Mishra and Divyendu Sharma. This is a typical Honey Singh song that is perfect for a party. Alfaaz is also credited with the composition of the song. The video for Birthday Bash currently sits at 113 million views on Youtube.

That’s all for now. We hope you enjoyed reading about these Honey Singh songs. You can check out Honey Singh’s new songs on his Youtube channel. For more such content, keep reading on GrooveNexus!