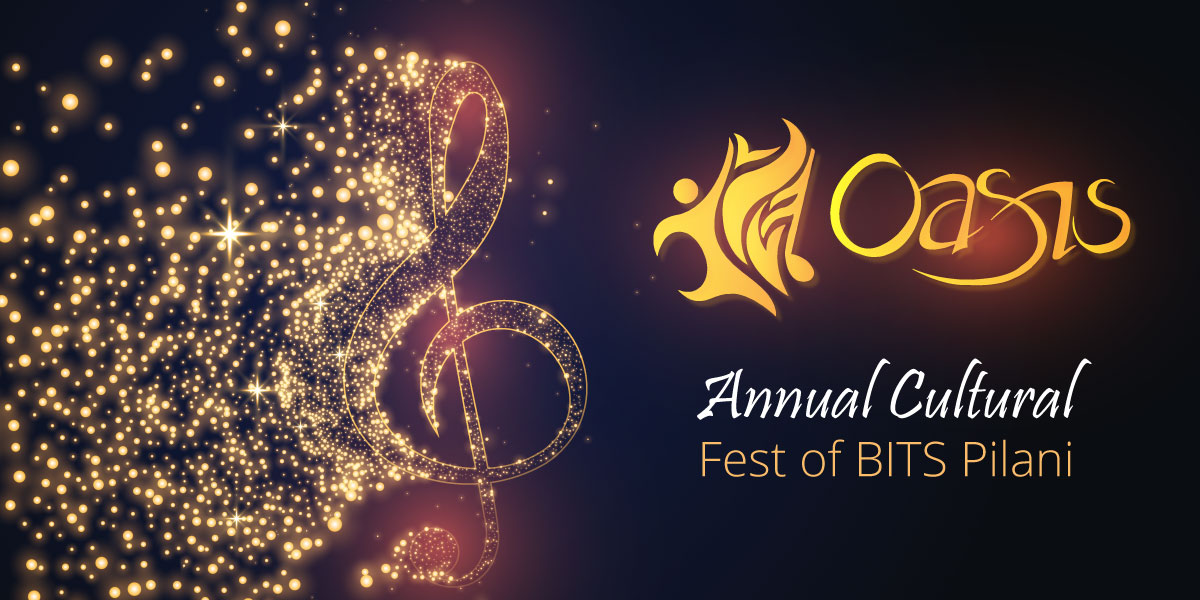 Pilani is a small town situated in the Shekhawati district of Rajasthan. It happens to house India no. 6 post-graduate engineering college BITS-Pilani. This esteemed college is one among the 6 Indian ‘Institutes of Eminence’ recognized by the Government of India in 2018. Known for its excellence in academics, it also boasts of hosting one of the best fests in the country, Oasis.

Oasis is the annual cultural fest of BITS Pilani. People who’ve visited the fest say that’ “It’s not just a fest, it is an experience. 96 hours, can’t stop, won’t stop.” Follow the Oasis fest on its Instagram and Twitter handles.

The spirit of the BITS Pilani cultural fest revolves around ‘the culture to keep moving forward while incorporating common and new ideas’. They have incorporated Goth, Punk, Hippie, LGBT, Aghori, Psychedelia, and Occult. These form a part of the plethora of counter-cultures. Counter-cultures are not only a channel of expression but also an identity to many. It is a sub-society whose ideals, values, norms of behavior is very different from mainstream society.

One of the major charms of BITS Pilani fest, Oasis is its range of music competitions. Tarang is the band-jam contest. Pitch Perfect is A Cappella inspired singing competition. Axetacy is a solo guitar contest for both acoustic and electric guitars. Rap Wars for the upcoming rap-masters.

Drums Duel in which drummers exhibit their skill to battle one-on-one against other drummers and to jam on any baseline. It is an open event for all with a sense of beat and passion for drumming and a platform to play your dream solos.

Rocktaves is a rock festival which has served as a platform for upcoming Indian bands, launching many bands like Parikrama, Indian Ocean, Prestorika and Euphoria to fame after they won Rocktaves.

BITS Pilani fest, Oasis celebrated its golden jubilee with the theme Alchemist’s Prophecy from 29th October to 2nd November 2020. EDM DJ Dastic, one of the youngest EDM artists performed at the Oasis online and gave sheer pleasure at the to the audience. Lisa Mishra with her energetic voice performed her famous Bollywood numbers at BITS Oasis festival 2020 for the campaign #TogetherForTomorrow. Events like Rocktaves- launchpad for semi-professional musicians, Unspoken, And…Scene, Desert Duel and Swaranjali were also hosted at the Oasis fest 2020.

Oasis BITS Pilani 2019 was based on the theme Neon Noir and was undoubtedly a ninety-six hours long unadulterated fun and blast. For the first time in India, BITS Pilani fest brought to you the producer of electronic-indie music Dan Deacon all the way from USA. And wherever there is EDM, there has to be a mention of the very famous Indian EDM artist Nucleya, who with his raging beats set the stage on fire at the Oasis 2019.

The maestro of Carnatic music, Abhishek Raghuram took the stage for an ensemble of enthralling and enchanting melodies at the Oasis 2019. The star night also included a power packed performance by the famous Bollywood playback singer Sunidhi Chauhan. The engineer-turned-comedian Biswa Kalyan Rath tickled the crowd with his sense of humor and his comic timing.

Take a look at the teaser of Oasis 18 below!

The star night at the Oasis fest BITS Pilani had the most acclaimed musical trio of Bollywood – Shankar Ehsaan Loy who set the mood for the evening with their magical performance.

One of the finest comedians in the country, Abhishek Upmanyu, performed in ‘N2O – The Killer Comedy Show’ at BITS Pilani 2018. His humorous perspective on life and unusual style of delivery was to look out for.

Another comedy king performed at the BITS Pilani Oasis fest on 31st October was Jaspreet Singh in ‘N2O – The Killer Comedy Show’. Known for his acute observations and tremendous energy on stage, he delivers “humor without malice”.

One can reach the campus by road or rail. The nearest railway stations are Chirawa (16 Km) and Loharu (24 Km). Trains ply from Sarai Rohilla Railway Station in New Delhi to Loharu Station. There are regular buses from Delhi and Jaipur to Pilani. The buses leave Delhi from Kashmiri Gate ISBT. Jaipur buses leave from Rajasthan State Roadways bus stand, Sindhi camp. The campus is nearby Pilani bus stand.

By road, it is approximately 200 – 230 km depending on the route-taken and takes about 5.5 hours from Delhi.