You didn’t know this about Dr. Dre 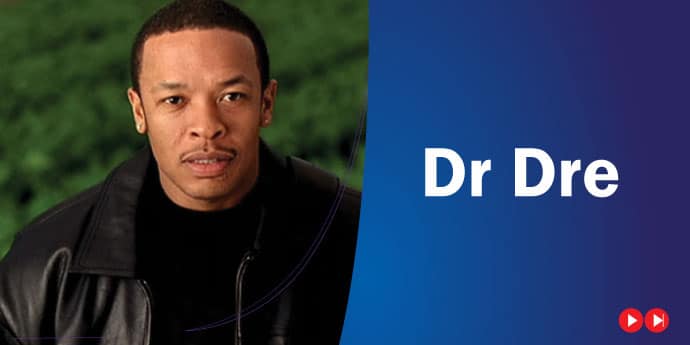 Andre Romelle Young is popularly known as Dr. Dre, widely regarded as the Godfather of the American hip hop industry. The life story of Dr. Dre has numerous milestones that have shaped the music industry’s current outlook. By occupation, he is a rapper and producer. He started his career as a member of the electro group World Class Wreckin Cru. Following that, he made a name for himself with the influential gangsta rap group N.W.A., which gave him his first significant success.

Currently, he is the C.E.O. of Aftermath Entertainment, which he co-founded with Death Row Records. Dr. Dre’s natural musical talent helped him become a rap music pioneer, and his two solo albums, ‘The Chronic’ and ‘2001,’ were huge successes. He popularized the G-funk style of music, which became a worldwide sensation. Surprisingly, Dr. Dre’s career isn’t solely defined by personal achievements.

Indeed, he has been a driving force behind the success stories of numerous rappers and hip-hop artists whom he introduced to the music industry, and Eminem, 50 Cent, and Snoop Dogg are among them. He is also the founder of a leading audio brand, “beats by Dr. Dre,” and in July 2014, the enterprise named Beats Electronics L.L.C. or Beats by Dr. Dre was acquired by Apple Inc. No doubt, Dr. Dre is the most consequential producer in hip-hop history.

He wanted to join Northrop Aviation Company’s apprenticeship program during his college years, but his consistently poor grades disqualified him. As a consequence, he shifted his focus to music.

Nicole Young was married to Dre from 1996 to 2020 when she filed for divorce. They have 2 children together: Truice, a son, and Truly, a daughter. At the period of Dr. Dre’s divorce filing in June 2020, the couple didn’t have a prenuptial agreement, and thus she could be entitled to a sizable portion of his fortune. Dr. Dre eventually agreed to pay Nicole $100 million in two installments. He paid her $50 million upfront and spent another $50 million in a year.

What is Dr. Dre’s net worth?

Dr. Dre’s net worth is estimated to have $820 million (as of Mar 2022), making him the world’s third-richest rapper. He is also making millions through his record sales and his production label. At the same time, he also made millions through “Beats Electronics,” which is known for selling some of the most expensive headphones globally.

Dr. Dre has produced records for rappers like Eminem, Snoop Dogg, etc. He is the Hollywood’s mоst rерutаblе and influential rесоrd рrоduсеr who can make or break anyone’s career.

Dr. Dre has had an enormous amount of success in his career. He’s also had many setbacks. The $3 billion Apple deal (he sold Beats by Dr. Dre to Apple Inc.) was the best of his career, and who knows what the future holds for him. Dr. Dre’s net worth is $820 million as of 2022.