Everything you should know about DJ Pearl 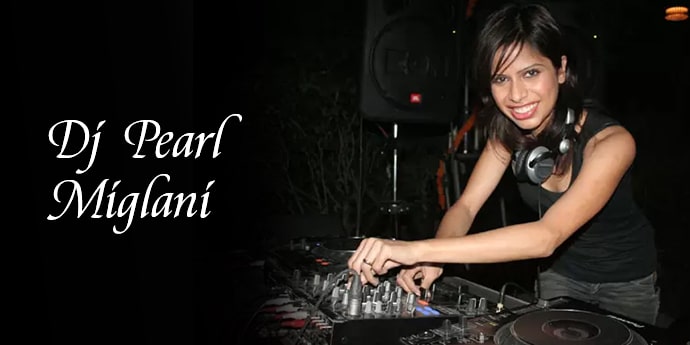 Who is DJ Pearl?

Until recently, DJ Pearl was regarded as a leading Indian female DJ. Now she is simply called one of India’s best. As a female DJ in India, Pearl has always let her music speak for itself in a country dominated by male artists and that has brought her a lot of fans and success. Pearl has been married to Nikhil Chinapa and they have a daughter together. She enjoys travelling with her husband when she’s not clubbing or DJ-ing.

DJ Pearl Miglani was born on 29th April 1992 and is primarily based in the state of Goa.It’s not tough to see why music had such a profound impact on her, as she was raised by parents who collected vinyl music and had been involved in Goa’s music scene in the 1970s. She started off as an enthusiastic clubber who would travel many places such as Europe discovering new sounds and experiences. This was ten years before she started disk jockeying herself. Partying in amazing clubs around the world and being influenced by some of the best DJs of this generation, she kicked off her career creating these bass-funk tunes. Her music transcends genres such as Progressive, Funk, Electro, and Tech House.

Pearl played her records in a unique manner over a decade ago in a country that was struggling to understand clubbing at the time and could not source those kinds of sounds. The fact that she was both a DJ and a promoter contributed significantly to setting up the electronic music culture in India. The EDM scene that exists today, greatly owes its inception to DJ Pearl and her company Submerge.

Along with Nikhil Chinapa, her husband and Hermit Sethi, a friend, she co-founded ‘Submerge’, India’s premier electronic music event, which provides a stage for upcoming DJs across the country and has also invited world-renowned DJs to perform in 2003.

During December, is when Submerge Fest – one of the biggest beach festivals on Goa’s famed beaches happens, where she along with the other Submerge founders would spin their magic. An improvised beach party years ago, which was attended by just a few friends, has ballooned into an unmissable weeklong event with over 15000 waving and jumping fans. These sunset sessions at the beach are unique owing to the fact that they are free to the public. Anyone can join in and vibe without a ticket! They offer this as a way of showing their appreciation to the great number of fans who support them throughout the year and return every time.

Years after its humble beginnings with only a few hundred fans, Submerge hosts weekly dance parties in 8 major cities across the country and boasts a large nationwide following. Among the artists they’ve booked to perform in India are Zedd, Tiësto, Swedish House Mafia and John ’00’ Fleming. Various events, such as 450/Group Therapy and Trance around the world have been organised by Submerge as well. Apart from that, they did Beyond and A State of Trance, Mumbai with Armin Van Buuren. All of these have been big hits among the fans.

DJ Pearl Miglani’s efforts have brought international spotlight to a virtually nonexistent EDM scene in India. Pearl is also the founder of Satellite Beachside. She has always dreamt of hosting a hippie gathering in Goa and Satellite Beachside embodied that dream – a fusion of Goa’s hippie culture and underground music from the early 1970s. Aside from that, she remains the only Indian DJ to have played at the famed Ministry of Sound in London, as well as the Pacha in Ibiza. On being asked about her best work she said, “I made a compilation for J00F Recordings, which is very close to my heart. That record label is owned by one of my favourite DJs, John 00 Fleming and I found so much of my style of music in its catalogue.”