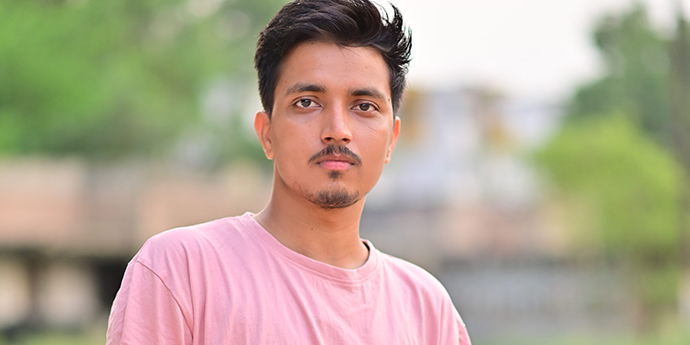 Rohan Shukla also known as Traxeon is an Indian DJ, Music Producer, Singer and Songwriter. He is widely known for his Bollywood remixes, mashups, and original works. Born and raised in Lucknow, India, Traxeon completed his education from AKTU Lucknow and started his journey in the clubs of the Uttar Pradesh capital. He was influenced by music at an early age and started producing songs as well as remixes in 2011 before getting into DJing.

Traxeon is a self-taught Music Producer who Started Music Production back in 2011. He didn’t have much equipment back then so he started making remixes and beats by himself. Later in 2018, his Wakhra Swag remix got featured in AIDC. Then in 2018, his remixes were aired in 98.3 FM show Club House Mirchi. In 2019, he went to Pune to pursue a DJing course and became a certified DJ. After coming back from Pune, he decided to open his DJ and Music Production academy. In 2019, he opened Traxeon Music House, Lucknow’s first Advance Music Production Course Academy. Soon he opened a Recording Studio too. He played in various cities and clubs across the country like Pune, Gujarat, Kanpur , Lucknow , Allahabad etc. He worked with Sushant Khatri (Street Dancer 3D), Samarjeet Randhava (Zee Music Co.) , Ravneet Singh (T-Series) and various other artists. He produced a Ritviz Mashup which got supported by Ritviz himself. Recorded one song for Remo D’Souza. His latest single Teri Kami is a worldwide hit and got so many plays across various platforms.