How a girl from Bengal made it big as DJ in India? 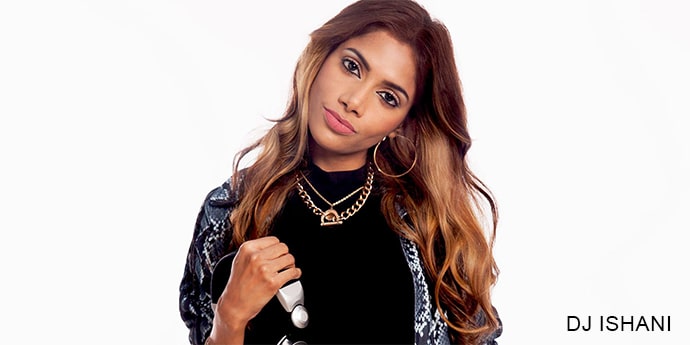 Anyone who loves to groove to the peppy numbers would know about the magnificent DJ Ishani who is one of the best in the field. Belonging to the ever-busy city of Mumbai she is the top female DJ in India and has been able to make some amazing advancements in the DJ industry. It is very important to understand that being a female DJ is not very easy and it takes a lot of talent as well to build a name for yourself. Dj Ishani is a name which has been able to make heads turn in the category because of her unique working style. Although she is a female DJ, the best thing about her is that she works similarly to any other men in the domain who are equally popular. If we talk about Indian female DJs then it is imperative to talk about DJ Ishani under all circumstances.

Although today DJ Ishani is known as a DJ, her original name is Ishani Majumder. Anyone who has a bit of knowledge in the field would know that she is a Bengali by birth and hence her knowledge of music is simply immaculate. She started her career way back in the year 2005 when the concept of a female DJ was not so prevalent and it can be said that it is her hard work which has made her name so popular currently. Currently, it can be said without conviction that DJ Ishani is one of the best in the field and her sense of music is simply mesmerising.

DJ Ishani is a part of the elite DJ fraternity and hence she has been able to garner a lot of attention in the field as well. There is a unique style to her music and this ensures that you are able to differentiate her gig from that of others. The most important thing to remember in this case is that DJ Ishani is one DJ who tends to bring up fresh tunes and not only that she has a unique approach to mixing the old and the new tunes. This style makes sure that she is able to grasp the attention of not only contemporary audiences but also those who love to groove the old classics.

One of the most promising things about DJ Ishani is that although she is comparatively young, her following is quite huge. She has also made some remarkable appearances in places like Zenzi and Zenzi Mills as well as international appearances with astounding figures like DJs Mark Da Spot, Doc and Power. It has to be mentioned here that being a female she has faced a lot of problems in the field and it has taken her immense power and dedication to reach the Zenith today. Apart from being an amazing Indian female DJ, she is also very strong-minded which has helped her with the career of her dreams. It would certainly not be an exaggeration to say that today DJ Ishani has a cult following when it comes to the Mumbai nightlife. She plays in some of the hotspot places which are habituated by all the party lovers.

The DJ industry is mostly a male-dominated industry but nowadays the explanation is changing, kudos to people like DJ Ishani who just refuse to give up. It is her constant hard work which ensures that she is able to make a name for herself and that too as one of the best female DJs in India. Her following is immense and if you listen to her beats, even you would feel like grooving to them!