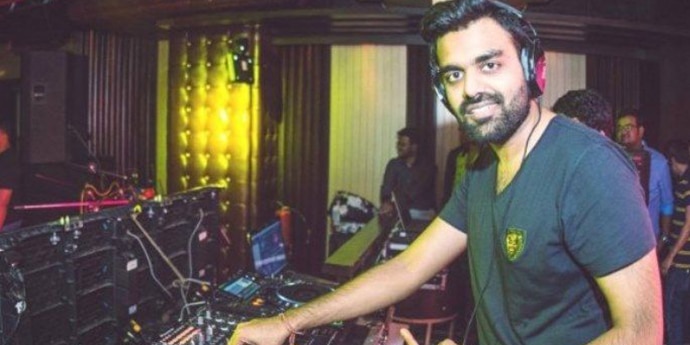 Who is DJ Chetas?

DJ Chetas is a famous Bollywood DJ on the DJ MAG Top 100 DJs list, well-known for his Bollywood mashups and remixes. DJ Chetas’ world ranking on that list is #59. He is renowned for his ability to imbue Bollywood melodies of varied dispositions in a single amazing composition. He has performed at a number of the country’s most prestigious events. Having put in eleven years of unmatched and committed hard work, his ability was recognized by myfavdj.in where millions of voters and music lovers cast their votes for DJ Chetas as their favourite Bollywood DJ and he was ranked No.1.

On 30th March 1987, a Monday (35 years old by 2022), Chetas Shah was born in Mumbai. Chetas belongs to the Aries zodiac sign. He attended Jamnabai Narsee School in Mumbai for his education. During his school days, he was very mischievous and got suspended from classes for five days. Following this, he attended Narsee Monjee Institute of Management and Higher Studies, Mumbai, and completed a course in Family Business Management at SP Jain Institute of Management and Research, Mumbai. He was born into a Marwadi family. Sudah Shah is his mother, and his younger sister is Ria Shah. He is often referred to by his nickname, Chetu, among his family members.

He got a taste of DJing when he watched the elder brother of a friend mix two tracks on this desktop when he was in 10th grade. That inspired him and after downloading a music-remixing program on his desktop, he uploaded the songs to a website. Within 24 hours, more than 300 people had downloaded it. Later, his dad suggested he practise professional DJing. Thus, he enrolled in an ‘Underground’ DJing College in Lokhandwala, Mumbai. Since he has a degree in Management, he quit DJing later to run his family’s business. DJ Aqeel encouraged him to keep DJing and said he would become very famous as DJ Chetas. Following DJ Aqeel’s advice, he struggled for a few years before landing his big break with T-Series.

The Salman Khan Mashup was his first mashup released in 2012. In the past, he has said that he is a big Salman Khan fan. This DJ Chetas Mashup was a huge hit. His mashups continued to become massive hits after that. He then worked as the official DJ for Kolkata Knight Riders in the IPL. Further fame came his way in 2014 when he hosted a two-hour program, entitled ‘House of Dance,’ on 9XM channel at prime time every Friday and Saturday. Bollyboom Life is a Mashup Club Tour was his first mash-up tour in 2018. This DJ Chetas concert was quite popular among Indian crowds who like Bollywood and EDM.

Currently, DJ Chetas is one of the most famous disk jockeys in Bollywood. Among many other films he has composed music for include Loveyatri (2018), Mitron (2018), Good Newwz (2019), and mash-ups for films such as Yeh Jawaani Hai Deewani (2013), Kapoor and Sons (2016), Humpty Sharma Ki Dulhania (2014) and Cocktail (2012). DJ Chetas has also created mashups for top Bollywood actors and producers, like Salman Khan and Karan Johar, and musicians like Atif Aslam. 2019 saw him appear on ‘The Kapil Sharma Show’ along with Badshah, Hardy Sandhu, Lisa Mishra and Tanishk Bagchi. In addition, he played at Kapil Sharma’s wedding as the celebrity DJ. New DJ Chetas songs that recently came out include ‘Mirchi Lagi Toh’ from Coolie No. 1 and a mash-up he created was for his friend, the actor and singer Diljit Dosanjh.

On DJ MAG’s list of the Top 100 DJs, DJ Chetas ranks 59th. He has been reported to be the only DJ in Indian history to receive the prestigious DJ MAG award. The charge for a Dj Chetas show has been rumoured to be at least Rs 6 lakhs. On 12th December 2015, he married a doctor named Aalika Banerji, and they now have a son.

We hope you enjoyed reading this biography of DJ Chetas. For more such content, keep reading at Groove Nexus!