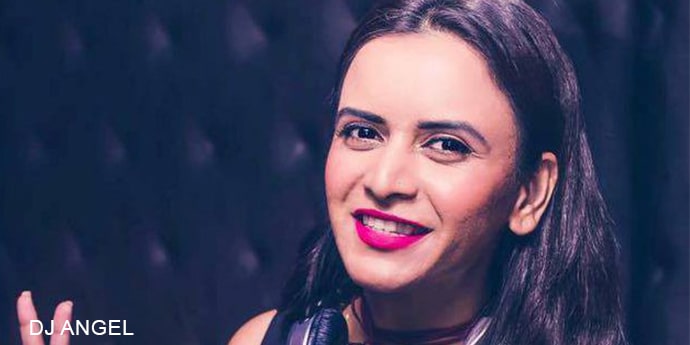 Be it festivals, clubs or events, creating the buzz around people is something DJs can do. It may seem like an easy job but not everyone has the passion and ability to make the entire audience chant on the dance floor. However, when it comes to this field and in this male-dominated industry, one such DJ who rises to the crowd and makes it work is DJ Angel and here is everything you should know about her.

Who is DJ Angel?

Born on 7 July 1980 in Mumbai, DJ Angel is an Indian DJ, remixer, music producer and fashion stylist. At the age of 27, she started DJing in the year 2007. Her style compromises Pop House, Bollywood and Electronic House. She also has quite a diva in the international house.

The best thing about her is that she can read the audience’s mind and keep the party going all night. She is famous for her passion for music since childhood which she turned into a career choice and became one of the top DJs in India. Simply put, DJ Angel’s songs and her beats keep the crowd rolling.

Even though she never thought about coming so far as a DJ, she never gave up and just followed her heart. Her biggest inspirations are Brian Wayne Transeau and Armin Van Buuren for the hard work they do. And now she has crossed her path all the way and made her mark as the topmost remixer in the industry.

Her remixes are so famous that they have been played all over abroad from Toronto. Dubai, Chicago and many other countries. She has done a number of remixes and songs. She believes herself to be different from others because of her track and music selection taste.

When it comes to tracking selection, DJ Angel is very choosy. She only believes in playing those tracks that don’t go wrong no matter where they are played. Also being a famous fashion stylist in Bollywood she has a unique and accessible personality.

What is so pleasing about her?

Being one of the top female DJs in India, something that is pleasing about DJ Angel is her style that resonates with new generation beats. From her performance to open international acts, everything about her makes her relatable and famous.

From her infectious smile to her ability to engage with the crowd, DJ Angel’s live performance makes her set around the vibe, leaving everyone feeling groovy. She is one of those star performers who not just rule the stage but also the hearts of people around the globe.

Some popular tracks of DJ Angel

The absolute magic of music in her style!

No doubt, DJ Angel has dominated the club and music industry scene. With her efforts, dedication and passion, she has proved herself a promising performer and a pure soul. Also, her versatile and dynamic personality can make your boring day go Lalalala. So get ready to get high on beats and dance on your toes with DJ Angel.