Who is Queer DJ/Producer Blessed Madonna? 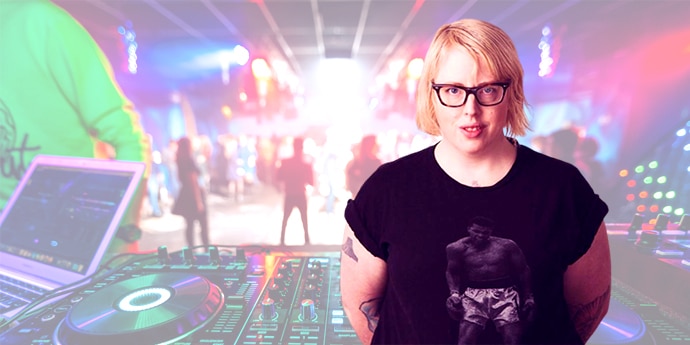 When thinking about DJing, the first thing which hits the mind is a guy playing music to entertain the audience. Isn’t it? But with the changing world, female DJs have transformed the industry. One such DJ who is highly appreciated is the blessed Madonna, and all you need to know about her.

Who is Blessed Madonna?

Born in 1977, Marea Stamper, also known as Blessed Madonna by her stage name and The Black Madonna (formerly), is an American DJ producer and musician. Thanks to her eclectic and joyous sets, she is one of the most celebrated DJs of her time. The blessed Madonna songs have consistently been winning the hearts of people.

Stamper was born in a Christian family in rural Kentucky. She was passionate about music since her childhood days, and at the age of 14, she discovered electronic dance music. Later in the 1990s, she also dropped out of school to travel to America, selling rave gear and mixtapes at parties.
While Madonna was majoring in English at Louisville University, she learned about DJing using the college radio station. Later, Radek offered her a position at his new label, Dust Traxx, in Chicago. After that, Madonna launched herself into Chicago’s nightlife as Lady Foursquare.

Once Madonna released her passion and dedication to music, she began to discover her own sound. Named after religious iconography, she changed her moniker to The Black Madonna. In 2012, Madonna released her debut Alright This Morning. In 2013, she sold more copies of her new release EP Lady of Sorrows.

This increased her popularity and booking for her shows worldwide. In 2016, Madonna released He Is The Voice I Hear. In 2017, at London Club XOYO, Stamper began a residency selling out the venue for 13 weeks and then relocated to the city. It was on BBC Radio One that she became a famous DJ.
Her stage moniker, The Black Madonna, is a tribute to her family’s favorite Catholic Saint, the Black Madonna paintings of the Virgin Mary. However, Stamper defended the term Black Madonna in the past, claiming her Catholic religion as the cause for her devotion to the symbol. However, due to some raised concerns of racial insensitivity, in July 2020, she officially changed her stage name to the blessed Madonna.

The blessed Madonna was given a We Believe radio station when she appeared in the video game Grand Theft Auto Online. Mixmag named her DJ of the year and, for the first time, granted a woman the award. Also, she appeared on the magazine’s cover wearing a gold crown.

She is also renowned for commitment for her outspoken views on LGBTQ rights and also for her commitment to humanitarian work along with gender inclusivity. The blessed Madonna is also called one of the world’s most exciting turntablists. In late 2021, she began hosting regular programs on BBC 6 Music. The blessed Madonna tour has 12 upcoming concerts.

Popular tracks and remixes of Madonna