Everything You Should To Know About K-Pop Group Blackpink 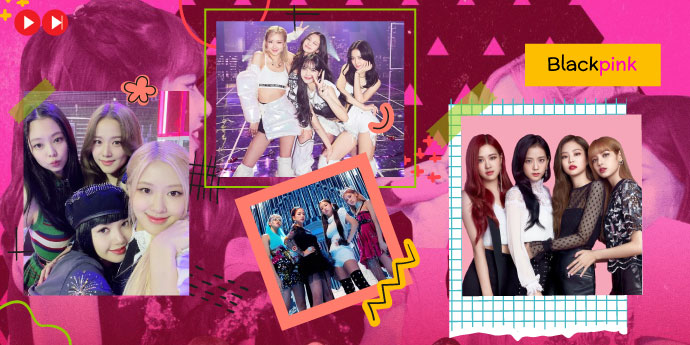 In recent years, K-pop has become synonymous with the letters B, T, and S. Another K-pop group has broken records by capturing the attention of global audiences with their music. In 2016, Blackpink, one of the most successful K-pop groups in the world, formed. They are the first K-pop girl group to reach 500 million YouTube views.

Blackpink is a girl band whose members are from South Korea and are signed to YG Entertainment. The group didn’t debut until they released their first single album, Square One, in August of 2016, after the first member joined as a trainee.

How Many Blackpink Members Are In Their Group?

In the group, there are four Blackpink members: Jisoo, Jennie, Rosé, and Lisa. Jennie was the first trainee to sign on and the first girl group member to be confirmed. In 2011, Thai rapper Lisa became YG Entertainment’s second trainee. Jisoo joined the band as a trainee that same year, and Rosé joined in 2012 as a trainee. Jisoo and Rosé are the band’s fourth and final members.

Who Is The Leader Of Blackpink?

There is no leader in Black Pink. In spite of this, Rosé is a member who has leadership qualities.

Why Are They Called Blackpink?

Pink as a color usually represents femininity, so a name was chosen to contrast this perception. As YG Entertainment explained when Blackpink debuted, the name signifies the group represents more than just beauty.

There are three songs by Blackpink that are very popular on music charts all over the world: “DDU-DU DDU-DU,” “Boombayah,” and “Kill This Love.” DDU-DU DDU-DU is the first K-pop girl group song to reach number one on the Billboard Hot 100, and “Kill This Love” is the fastest video to reach 100 million views on YouTube. Other popular songs by the group include “Don’t Know What to Do”, “As If It’s Your Last”, “Whistle”, “Playing With Fire”, “Kiss and Make Up (feat. Dua Lipa)”, and “Stay”.